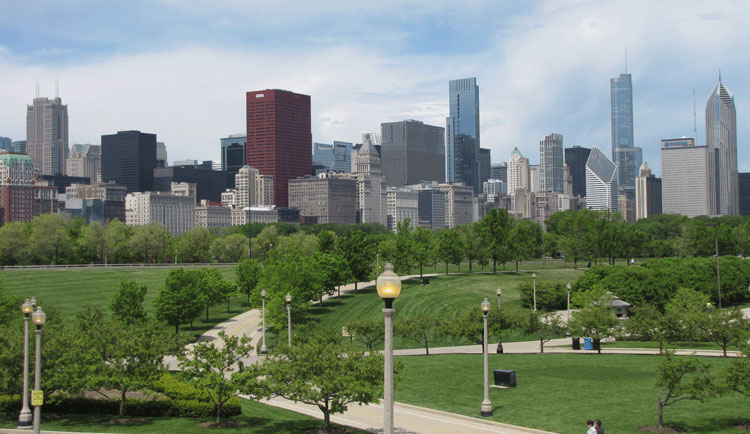 Chicago is a great city of architecture, on which many famous architects such as Frank Lloyd Wright, Ludwing Mies Van Der Rohe or Louis Sullivan, to name a few, made their mark after the fire that ravaged the city centre in fall 1871. There is so much to say about this city and its diverse architecture, museums, parks, and many cultural and ethnic aspects—its history captivates and attracts millions of visitors each year.

It is located on the shores of one of the Great Lakes, Lake Michigan, and is nicknamed the Windy City. There are many guesses as to the origins of this nickname, and yet some architects have used it as their inspiration for the design of buildings in downtown Chicago.

According to the Chicago Architecture Foundation, the Marina City project is a good example of this, with two 65‑floor towers and a total of 896 apartments over 40 stories, a hotel, restaurants, 16 floors of office space, a marina and a parking garage. The latter, which is open-air on the first 15 floors, allows the wind to blow through the building.

In a city with a very dense downtown core and known for its immensely tall skyscrapers, the idea of opening up the lower floors of buildings can meet different needs: parking for the towers’ occupants, reducing wind pressure on the building, avoiding basements when the ground does not permit, etc.

Pretty innovative for a North American city, don’t you think?